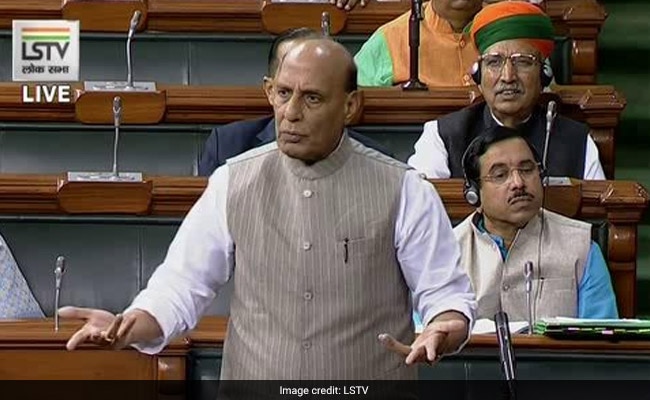 Amid outrage in parliament over the horrific gangrape and murder of a 26-year-old woman in Telangana, Union Minister Rajnath Singh said the central government was “open to every suggestion to curb such heinous crimes”. Shortly before a number of MPs, cutting across party lines, stood up to condemn the Telangana rape-murder and demand the government act to protect women and children. Samajwadi Party MP Jaya Bachchan said “these types of people (the rape accused in the Telangana case) need to be brought out in public and lynched”.

In response to the avalanche of furious and impassioned statements, Rajnath Singh the Telangana rape-murder had brought shame on the whole country and called for the accused in the case to be given “most stringent punishment”.

“I don’t have words to tell you how horrific these crimes are. Speaker sir, should you permit, we can have a full discussion in the House and all suggestions given by everyone present here will be taken and a law can be formed if needed. Our government is open to every suggestion anyone has to give to curb such heinous crimes,” the Defence Minister said.