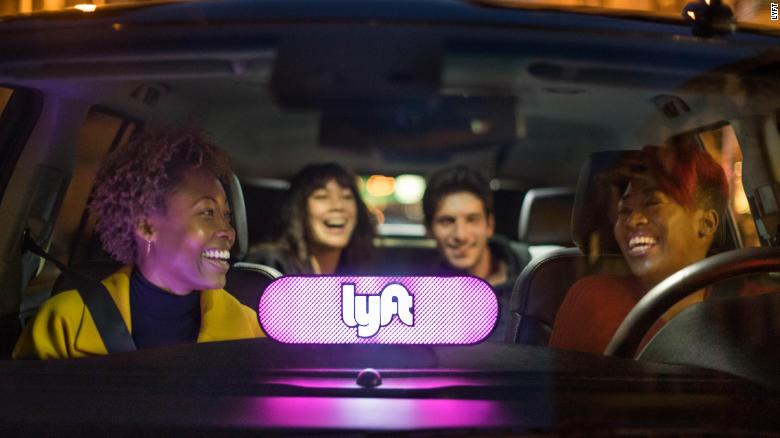 For years, Lyft founders Logan Green and John Zimmer set the company apart from a crowded pack of rivals in part by building a warm and friendly brand. Cars were marked with furry pink mustaches. Passengers could sit in the front seat and fist bump their drivers.

But now the “nice guys” of the ride-hailing industry, as they’ve often been called, are about to cement their grip over their company when it debuts on Wall Street thanks to a controversial tactic similar to one used by other Silicon Valley giants.
Lyft filed paperwork for its long-awaited public offering on Friday. In the filing, Lyft revealed plans to create two classes of stock, one of which — the Class B shares — will come with 20 votes per share and be awarded to the founders.
The result is that Green and Zimmer will collectively have outsized voting power over Lyft’s future decisions, despite owning only a small percentage of the company’s total stock.
The move echoes the approach of tech companies like Facebook, Google and Snap, each of which created a dual-class structure to give their founders majority voting control. This tactic ensured founders could pursue their strategic visions with minimal pushback. It also all but guaranteed that public market investors would have little say over how these companies are run.

Lyft files for IPO, beating Uber to the punch
In the filing Friday, Lyft stopped short of saying the founders will have majority control. A source familiar with the matter told CNN Business the founders will have “close” to a majority.
Charles Elson, a professor of corporate governance at the University of Delaware, said the effect on potential Lyft shareholders is essentially the same.
“Investors can do almost nothing,” he said. “Instead of nothing, let’s say almost nothing.”
The expectation, according to Elson, is that it won’t take much for Lyft’s founders to pick up whatever percentage of votes they lack from allies and thereby pursue their desired strategy unfettered.
Supporters of this approach defend it as enabling founders to stay innovative and focused on the long-term. In a letter included with the IPO paperwork, Lyft’s founders stressed this kind of thinking.
“We prioritize the long-term health of the business, over day-to-day reactions of the markets,” Green and Zimmer wrote. “Lyft has the opportunity to deliver one of the most significant shifts to society since the advent of the car. We do not take that lightly.”
Lyft cofounder isn’t worried about beating Uber to an IPO
But critics have likened the dual-class structure tactic to a “dictatorship,” where shareholders are effectively silenced and founders can operate without accountability.
In its filing to go public, Lyft warns potential shareholders that this structure “has the effect of concentrating voting power with our Co-Founders.” As result, this “will limit your ability to influence the outcome of important transactions, including a change in control.”
“It’s arrogant to assume that your judgment is so much better than those who invested in you that you’d rather not hear from them,” Elson said. “And that’s the tech industry. It has an arrogance bred from success. They don’t realize everyone makes mistakes.”
Those mistakes have been more apparent in recent years. Facebook’s founder and CEO Mark Zuckerberg came under pressure to loosen his iron grip over the company after a year of scandals and stock market turbulence.
At Snap, co-founder and CEO Evan Spiegel pushed for a controversial redesign of the Snapchat messaging app less than a year after the company went public. Snap’s stock plummeted for much of 2018 and remains below its IPO price.
“Investors do not like companies with limited voting shares. They have especially been bruised by Snap and Facebook,” said Kathleen Smith, principal at Renaissance Capital, which manages IPO-focused exchange-traded funds. “We do not think it will derail the Lyft IPO, but it will make investors more cautious and may factor into [the] valuation.”