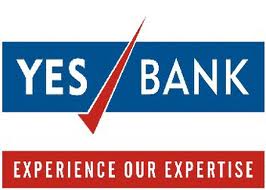 Global diversified conglomerate General Electric is in the midst of exiting most of its financial assets to concentrate on its industrial segments as part of a global strategy and its India divestment strategy is picking up pace, as sources tell ET NOW that GE Capital India’s medical equipment financing business is on the block and has attracted the attention of top private sector banks.

” Yes Bank and IndusInd Bank are amongst suitors in the fray for the asset and currently multiple suitors are conducting due diligence,” a source privy to ongoing negotiations told ET NOW.

Explaining the deal rationale, another source added ” This asset will be attractive to banks who want access to the current accounts of several leading hospitals and doctors in a bid to improve their CASA ratio. This is a sun-rise sector and moreover represents a safe investment, as there are HNI’s involved who are covered by insurance and generally, these loans are not defaulted.”

According to the company website, GE Capital India offers affordable purchase plans for the purchase of a wide array of healthcare equipment relating to diagnostic imaging, surgery and clinical systems.

In response to an email query from ET NOW, a Yes Bank spokesperson said, “Yes bank as a policy does not comment on market speculation. However we do remain open to evaluating opportunities which are aligned to Yes bank’s strategic focus.” IndusInd Bank declined to comment and GE responded saying , ” At GE, we do not comment on speculation.”